Hiyashi Chuka is an easy summer dish in Japan. We can add a lot of summer vegetables like tomatoes and cucumbers into this dish. The sauce has sweet and sour flavors, and cold noodles are very popular to eat in hot weather.

Hiyashi Chuka began appearing in the Showa period in Japan.
There are a lot of theories about who invented Hiyashi Chuka.
The most likely theory is that it is from the restaurants called “Yosukosaikan” in Chiyoda-ku, Tokyo and “Ryutei” in Sendai, Miyagi.

I will introduce the Hiyashi Chuka with ham, salad and sesame sauce made easily at home. You would enjoy these unique Japanese summer noodles with family and/or friends to overcome the high heat!

3. Preheat oil in a frying pan with medium heat. Pour the beaten eggs from step 2. thinly into the frying pan. -> See pictures E and F.

5. Cut the cucumber into 7.6 cm (about 3 inches) length and very thinly as shown in the picture. Cut the cherry tomatoes into wedges. -> See pictures I and J.

7. Cut ham in half and slice very thinly as shown in the pictures. -> See pictures O and P.

8. After water from step 1 is boiled, add noodles and simmer for about 5 minutes. Stir the noodles occasionally. Remove from heat. -> See pictures Q, R and S.

9. Put noodles into a strainer basket and rinse with cold water for about 1 minute. Remove water well. -> See pictures T, U and V.

10. Place noodles on plates, add the cucumbers, hams, thin egg omelettes and cherry tomatoes as shown in the picture. Add the sesame sauce on top and mustard on the side. 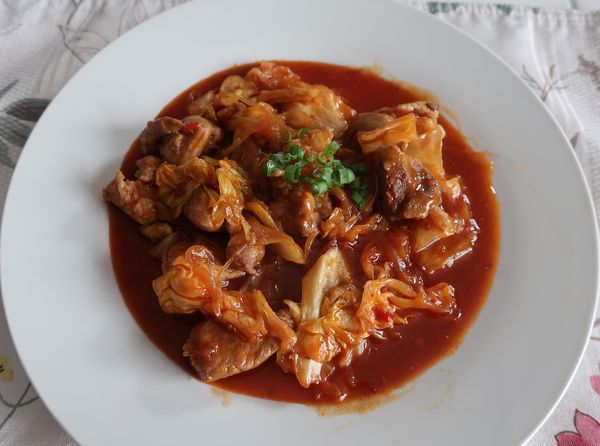 Would you like to cook a super easy and tasty dish at home? If so, spicy stir-fried pork is for you. Pork has a tender texture. You can enjoy eating 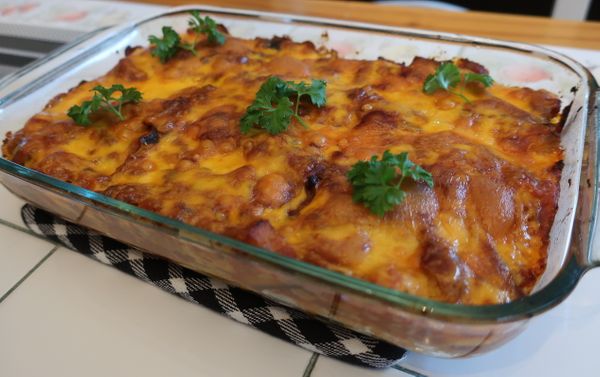 Doria is a Western style Japanese dish which usually consists of white sauce and rice. Doria looked like a European dish, however it was invented by a Swiss chef in