Some of you may have never heard of a burdock root before. “Gobo” in Japanese means “Burdock root” in English. Burdock root is a plant and native to Northern Asia and Europe. Japanese people often use the burdock root as food. Burdock root has been used as a medicine and a tea in China. “Kinpira'' is a dish which normally consists of stir-fried vegetables with soy sauce and sugar. Apparently, “Kinpira” was named after the son of “Kintaro” (He is in the very famous Japanese fairy tale). Kinpira Gobo is a common home-made dish in Japan. This dish has a lot of fibers and a crispy texture. I highly recommend eating this amazing dish as a side dish while you enjoy eating dinner and/or drinking!

6. Add *Hontsuyu and soy sauce, and stir for about 5 minutes or until the sauce is almost evaporated. (Cooking tip: Please don’t overcook.) -> See picture J. 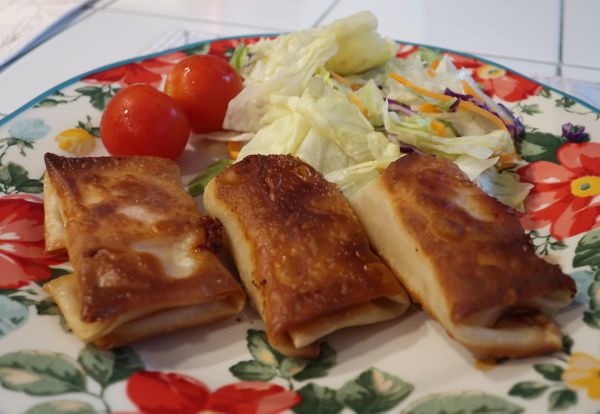 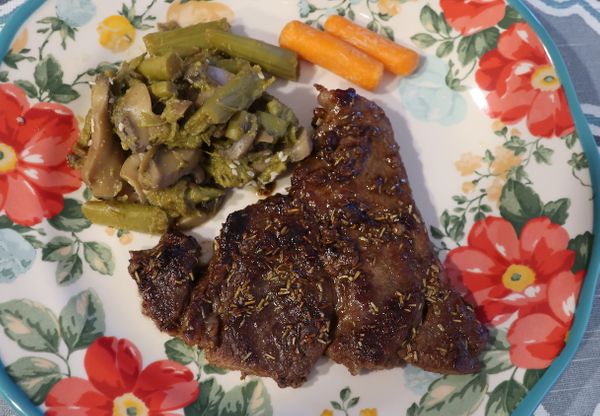 This Butter Soy Sauce Rosemary Steak is so easy to make using only a frying pan. It has a rosemary aroma, a sweet savory flavor, a very juicy, and a